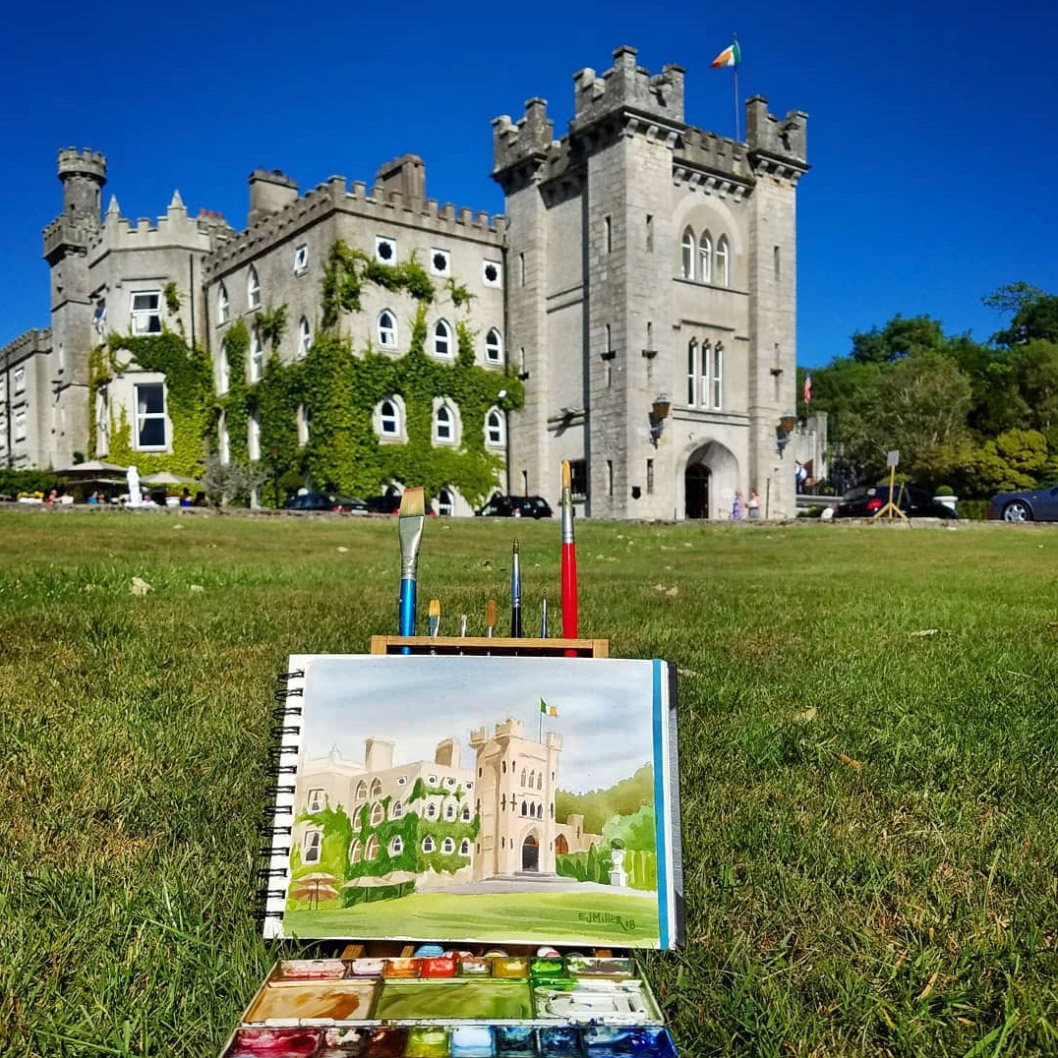 I love to paint when I travel. It’s a chance to settle down in one spot and study an exciting and unfamiliar landscape. People often stop to talk, and I can learn more about a place than from any guidebook. I spent two weeks in Ireland at the end of June, completed six plein air paintings and two more small studio watercolors after my return to Oregon.

“Donegal Coast” was my first plein air, painted during a week of exploring the Wild Atlantic Way. The Atlantic coast of Ireland is eroded and exposed, with steep sea cliffs and ancient volcanic rock formations. Orange kelp covered the sharp ridges of rock at this beach in Dunkineely, a long peninsula extending from the coast of Donegal. The beach stones here were filled with seashell fossils.

Killybegs is a busy fishing port on the Wild Atlantic Way. Irish sunsets in summer can linger until 10pm, with light in the sky until nearly midnight. A bright moon was rising on this summer evening, and the calm water reflected the fishing boats and all the color in the sky.

Sheep are everywhere in the Irish countryside, but somehow I didn’t expect to find them roaming at the top of a sheer cliff above the ocean! This is a view of Malin Beg, one of the beautiful sandy beaches on the Wild Atlantic Way.

Gartlan’s Pub in Kingscourt, north of Dublin, has kept its traditional thatched roof although they are becoming more rare in Ireland. Two black owl sculptures sit at the peak of the roof, deterring other birds from stealing the thatch for their nests! 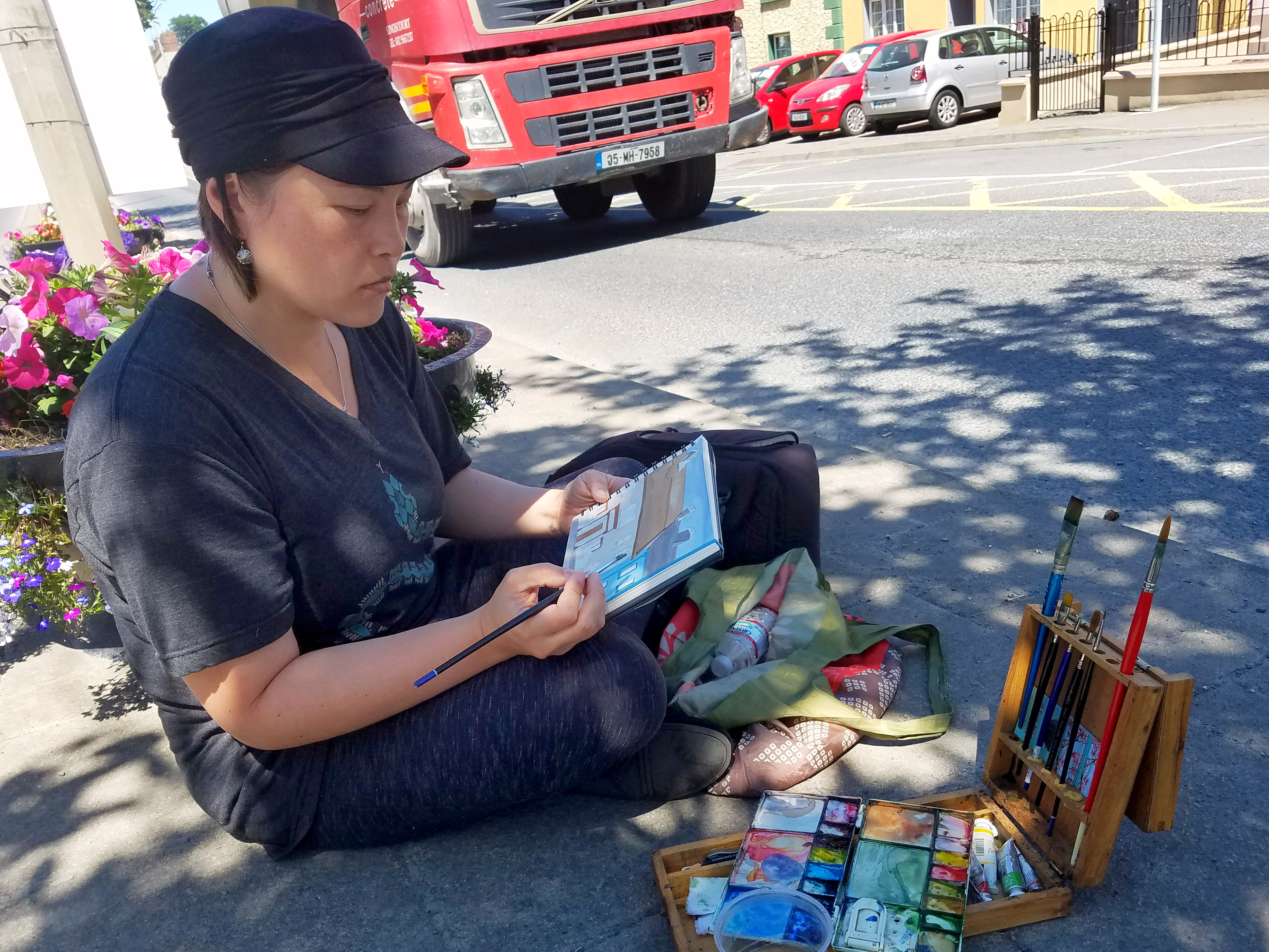 I sat on the sidewalk in the center of the main road to paint Gartlan’s Pub. When I chose my spot, I didn’t realize how busy the street would be!

I love exploring ruins, and Ireland has hundreds to choose from. Bective Abbey was abandoned in the 1700s, but the 15th century stonework remains solid. Cabra Castle was built in the 1800s and is now a luxury hotel.

These two sunset paintings are from the same viewpoint, at the top of Meath Hill looking out over the fields towards the town of Kingscourt. On the first day I painted the sunset colors, but I loved the dusk and town lights so much that I painted a second piece the next evening.

I usually paint at a standing easel when I do plein air locally in Oregon, but I traveled light to Ireland and had to make do with the ground-level perspective. There were so many more places I would have loved to spend a few hours with my sketchbook – next time!

April 5 - May 15, 2022
May 8 community conversation
At Artists Repertory Theatre, Portland OR

Month of June 2022
At Fairweather Gallery, Seaside OR

June 21 - August 7, 2022
At Patricia Reser Center for the Arts Mezzanine Gallery, Beaverton OR